For the third consecutive year, the Bratislava International Film Festival in cooperation with the Red Nose(Clowndoctors) civic association decided to organise a charity projection. This time, they chose My Life as a Courgette (Ma vie de Courgette), a Swiss-French family film by director Claude Barrasthat will be screened tonight at Kino Mladosť.

One of the three finalists vying for this year’s LUX Film Prize, this visually gripping stop-motion animation is an adaptation of a novel by Gilles Paris. It tells the story of an orphaned boy who is trying to find his place in the sun. “I was drawn to the adaptation of Gilles Paris’ book by the idea to shoot a film about children that focuses on their maltreatment as well as the means by which we tend totackle this problem in the modern world,” the director said about his picture.“[It is] an entertaining film that will make you laugh and cry at the same time, but especially a film that faithfully captures the reality that takes place here and now. [It is] a film about the power of perseverance in a group of friends that stands for the ideals of empathy, friendship, sharing andtolerance.”

By buying tickets to this special screening, you will help raise extra funds for red-nosed Clowndoctorswho view it their mission to cheer up hospitalised children and senior citizens and thus improve their overall health condition. The picture will be presented in person by Doctor Ewe’s Whey and Doctress Dialysis Measured. 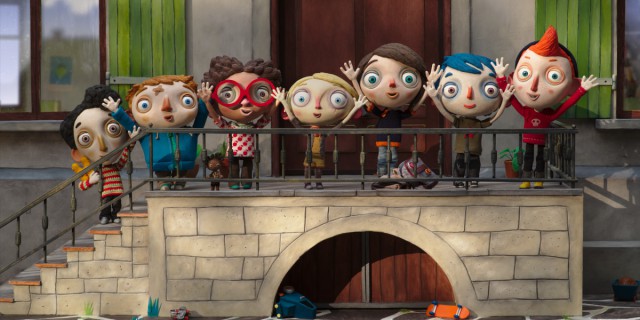