The Bratislava film festival enters the weekend at full throttle and cinemagoers can look forward to a truckload of films that are very difficult to choose from; we would like to make your decision-making easier by issuing the following movie tips.

On Saturday, the festival presents two out of three motion pictures that have made it to the final round of the LUX Prize competition. Introduced in 2007 by the European Parliament, the prize’s main purpose is to popularise original European film production, which means eligible to compete are all films produced or co-produced by EU member states and created by European filmmakers. Out of hundreds of annual entries, an international panel of film experts chooses three finalists that are subsequently screened to members of the European Parliament who are the only ones eligible to vote on the winner. The latest winner is Ida, a film by Polish director Paweł Pawlikowski that was also presented at the Bratislava festival last year. This year’s nominees are Mediterranea, The Lesson and Mustang; festival – goers can check out the former two today and the latter one tomorrow.

A feature-length debut by young director Jonas Carpignano, Mediterranea tells a story of two friends from Burkina Faso who venture on a perilous journey across the Mediterranean to pursue their dream of better future in Europe, only to find prejudice, hostility and trouble in the new environment. The picture discusses one of the most pressing issues of our time – migration; the director himself knows a thing or two about the culture clash as he hails from a mixed marriage of African-American mother and Italian father. If you want to learn what he has to say on the subject, the 13.15 show at Kino Lumière (K1) is for you.

The latest film by the Bulgarian directorial tandem of Kristina Grozeva and Petar Valchanov, TheLesson, features a young elementary school teacher from Bulgarian countryside who has just found out about theft in her class and is eager to find the juvenile culprits in order to teach them a lesson about right and wrong. On the home front, though, she falls deeper and deeper into a debt trap set by ever-hungrier loan sharks and is forced to seek the right way out herself. The authors very openly discuss moral dilemmas, depicting how financial problems threaten to undermine human dignity and destroy one’s existence. The film is scheduled for 15.45 at Kino Mladosť.

At 18.00, Kino Nostalgia screens a drama about a man who came 13 Minutes shy of perhaps helping the mankind avoid the greatest massacre in its history. Georg Elser, an ordinary carpenter and occasional musician, planted a time bomb behind the lectern in the Munich beer cellar where Hitler would give a speech on November 8, 1939, but the Führer left the building earlier than planned and thus unharmed. Director Oliver Hirschbiegelskilfully captured the actual end of Hitlerin one of his previous films, The Downfall (2004), which earned him Academy Award nomination for best foreign language film. This time around, he maps out how National Socialism slowly metastasised into the Reich’s most remote hamlets, gradually uncovering the Catholic man’smotives for his desperate plan.

Today at 18.30 in Kino Lumière (K2), the Bratislava film festival will proudly bestow the lifetime artistic achievement award upon EmíliaVášáryová, the unofficial first lady of the Slovak cinema and theatre.The gala evening will be capped by the screening of one of the most popular films in Slovak cinema history, The Copper Tower (1970) by Martin Hollý. 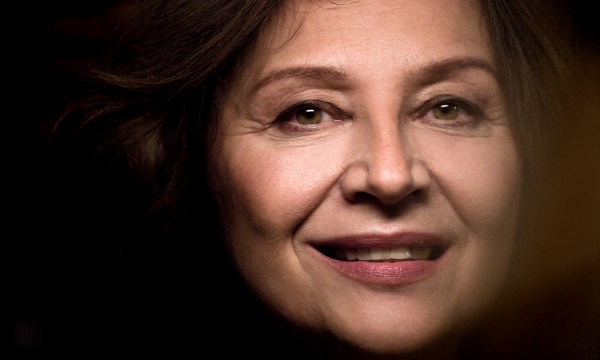 At 21.15, KinoLumière(K4) will present True Štúr, a recently premiered documentary drama about investigating the circumstances of an untimely and unusual death of a prominent Slovak national revivalist ĽudovítŠtúr. In order to appeal to the younger audience, director Michal Balážembroidered his fiction film with elements of documentary, animated and even crime film. It will be completely up to you to judge whether he has succeeded in his mission.

A true film buff should definitely not miss out on thepopular Slippers Night. It kicks off at midnight sharp with Electric Boogaloo: The Wild, Untold Story of Cannon Films (2014), cult director Mark Hartley’s hilarious journey into the realm of B-movies produced by the legendary duo of Golan-Globus. To remember the phenomenon that shook the world of cinema in the 1980s, the night will continue with two of the studio’s classics that will be screened directly from original VHS tapes: at 02.00 you can check out The Delta Force (1986) by recently deceased Menahem Golan and at 04.15 you can enjoy an early morning   nightcap with Joel Silberg’s cult dance movie, Breakin’ (1984).

If you prefer a different kind of relax after a day full of cinema entertainment, you can stop by in the festival lounge at Gorila.sk Urban Space, which offers distraction, dubbing and dance. At 22.30 you can attend or even take part in an improvised dubbing contest, VHS Karaoke Battle, and at 23:59 you can hit the dance floor as Bulb will present his live music set.