One of the brightest shooting stars in the sky of American independent cinema, Alex Ross Perry is a 32-year-old director/writer/occasional actor who has become known for making small and seemingly inconspicuous films on a shoestring budget that tend to attract cinemagoers who appreciate tight writing. In his motion pictures, critics have detected inspirations with Woody Allen, Noah Baumbach, Roman Polanski, or Philip Roth. 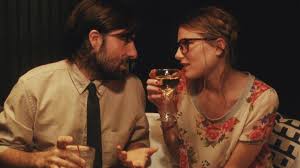 Yesterday, Mr. Perry presented his most successful film to date, Listen Up Philip (2014), which won Special Jury Prize at the Locarno IFF, as well as his feature-length debut, Impolex (2009), an adaptation of a novel by Thomas Pynchon. Today, he will present the remaining two films from his festival collection, namely The Color Wheel (2011), a young woman’s journey to self-reflection in a screwball comedy teeming with quick dialogue and black humour, and Queen of Earth (2015), another young woman’s journey to madness in a claustrophobic drama that ensues from a passive-aggressive battle of the same sex. In between the two films, Mr. Perry will hold a Master Class that is designed not only for students but for all film buffs who have found his profile on our festival interesting. Mr. Perry will discuss his inspiration with modern American novel, artistic freedom and why he still prefers to shoot on traditional film stock.