Tonight, the 18th edition of the Bratislava International Film Festival (IFF BA) will announce the names of the winning films. The closing ceremony will be held in Kino Nostalgia and will be open to the general public. Once the awards will have been bestowed, there will be a special screening of Lion (2016), a fiction debut by Garth Davis.

The final feature to bid farewell to the full week of film feasting will be Lion (2016), a fiction debut by director Garth Davis that premiered at this year’s Toronto IFF. It tells a compelling true tale of Saroo, a five-year-old boy who gets lost on a train headed away from his home and family and must overcome a series of survival tests before he is adopted by a kind Australian couple. Surrounded at last by love and security, growing-up Saroo is unable to suppress his yearning for home, which is why he resorts to Google Earth to “roam” through the streets of his native town. Starring Nicole Kidman, Dev Patel or Rooney Mara, one of the greatest needle-in-a-haystack quests of modern times has been mentioned among the candidates for Academy Award nominations. Originally a fine artist and designer, Garth Davis earned his spurs in commercials and international reputation for his TV series, Top of the Lake (2013), which was nominated for Emmy and BAFTA awards. 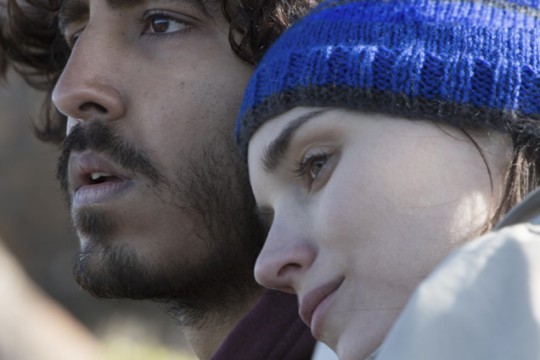