One day in two separate newsrooms. The day when Miloš Zeman, the sitting Czech president, plans to announce if he intends to run for re-election. However, only to his closest supporters at a meeting where journalists are denied access. As Czech Television, the public broadcaster, wants to spread the news as soon as possible, their day is all about how to obtain the information as well as about the logistics and technical processes of getting the breaking news out. Meanwhile, the economic daily Hospodářské noviny needs to prepare the next day’s issue so as to swiftly incorporate the important news during the night.

In this day and age when the media are facing strong criticism, the film is an interesting contribution to the debate on the work of journalists. Exposing the backstage of editorial offices, decision-making processes, routine work as well as everyday interviews, Breaking News is a political thriller without any conspiracy, based solely on observation. 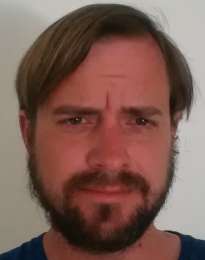 (1981, Prague, Czech Republic) studied political science and international relations with focus on political philosophy and later law. He worked as an editor and published reviews and essays on literature as well as music. As part of a creative duo with Pavel Abrahám, Bojar co-wrote multiple film projects, such as Czech RAPublic (Česká RAPublika, 2008) or Two Nil (Dva nula, 2012 – screened at 2012 Bratislava IFF Documentary Competition). Together with Rozálie Kohoutová, he directed the film FC Roma (2016).