Separated from his family and caught in the cycle of gambling and debt,
Jim, a working-class Melbourne dad, has less than a day to repay a violent
loan shark. His life is turned upside down when he must look after his young
son. When Jim’s last desperate effort to repay the debt puts his son’s life in
danger, he must make a choice between his past and his future.
On his day-long journey, Jim learns to let go of his own trauma of abandonment
and take a second chance at life: to be a father to his son. He
chooses to love and be loved. “West of Sunshine is a metaphor for Jim’s life.
It’s a place where the sun never sets, the place in your mind where family is,
where love is, where hope and the future reside,” said writer/director Jason
Raftopoulos.
Celebrating the simple but fundamental values of humanity and family
in a disconnected society, the film had its world premiere as part of the
Horizons section at this year’s Venice Film Festival. 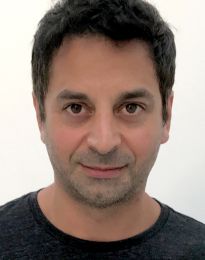 (1970, Melbourne, Australia) lived in New York City for over ten years, working in a theatre, before enrolling to a film school. His short films have screened in Australia and internationally. His documentary, From Dope to Dalai Lama, won the IF Award for Best Short Documentary. His graduation short film, Father’s Day, won Best Film and Best Screenplay awards at the Swinburne University Awards. West of Sunshine, whose plot is largely based on Father’s Day, is his first feature-length film.