A film essay about capitalism which turns into a song. Van works on an oil field, Danilo is an engineer on a big cargo ship, Andrea is a scientist studying the noise and Vito works in a landfill. These four men participate in the cycle of making beautiful things – from their creation to transport and marketing to disposal. The film is full of beautiful deserted spaces and silence. It is the exact opposite of what we’re used to. Although the protagonists are part of the production process, their work environment predestines them to be lonely and isolated. 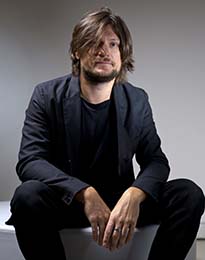 is a composer, director and photographer from Turin. He has composed and produced soundtracks for dozens of films, theatrical performances and installations. 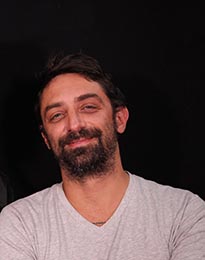 is a DOP, producer and filmmaker. He has created visual and sound art installations for multiple exhibitions and realized many commercials.