A sky full of stars is a flat projection of the three-dimensional world – just like film. And since the film stock hasn’t been able to capture the starry sky until recently, whenever it appeared in a film, it was an artwork, a certain idea of the sky. The relationship between the cinema and the sky, the notion of how we imagine the world outside and how we relate to it is explored by Johann Lurf in his found footage film ★. He used images from more than 550 films and put them in chronological order creating his own history of the cinema (with the promise of films being regularly updated). We can see how the artistic styles have changed over the decades, and the different ways of human thinking, we can see how cultures differ and how they relate to the infinity and the unknown. We can see how the image and aspect ratio changed, the film technology and techniques, or music – all the images in the movie have the original score or voice-overs. And since the segments that have been edited out last from several frames to dozens of seconds, the film creates a unique sound collage. ★ is a conceptual work and meditation about art and humanity. 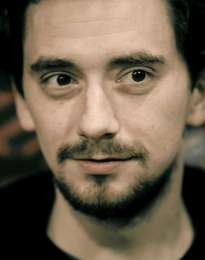 (1982, Vienna, Austria) is a filmmaker and visual artist. He studied at the Vienna Academy, he was taught by Harun Farocki. His practice involves observational and documentary filmmaking specializing in the field of structural cinema and deals with the found footage which is strongly focused on film language itself.