No Date, No Signature

Dr. Kaveh Nariman, a principled and virtuous man who works as forensic
pathologist at the medical examiner’s office, becomes involved in an
accident with a motorcyclist (Navid Mohammadzadeh) in which he injures
his 8-year-old son. He pays compensation to the father and offers to take his
child to a nearby clinic. The next morning, he finds out that the same little
boy has been brought in for an autopsy. Dr. Nariman faces a dilemma: did
the child die as a result of the accident or due to food poisoning according to
a fellow doctor’s diagnosis?
Exploring the issues of culpability and responsibility in a society that dwells
on the edge of the rule of law, the film has won Best Director Award for
Vahid Jalilvand and Best Actor Award for Navid Mohammadzadeh at the
Venice Horizons section of the 74th Venice IFF.
Jalilvand’s feature debut, Wednesday, May 9, was screened in the fiction
competition of the Bratislava IFF two years ago. 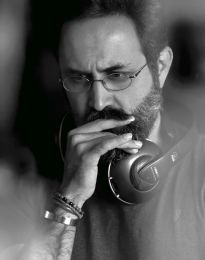 (1976, Tehran, Iran) graduated from the Tehran University, majoring in theatre directing. He started his career as a thespian, making his stage debut at the age of 15. In 1996 he began to work with Iranian state-run television as editor and later as director. Since then, he has directed two home video show series and more than 30 documentaries. He has directed and acted in a number of television series and plays. His feature debut as a director, Wednesday, May 9, won several awards at international film festivals.