One of our film festival’s principal missions is to expand cinemagoers’ horizons, bring them films they otherwise wouldn’t be able to see, point out recent trends within cinema and society and highlight them from different, preferably unexpected angles.

The newly-introduced programme section entitled Lexicon: Aspect Ratio is perhaps the most tangible outcome of these efforts. However unimaginative it may sound, this section has a strong educational dimension to it as it draws festival-goers’ attention to the picture frame, its shape and aspect ratio; nevertheless, we firmly believe that the motion pictures in our selection are sufficiently spectacular to make cinemagoers enjoy them and appreciate their technical specifics at the same time.

In order to whet your appetite, or rather offer you an opportunity to learn more about the subject, the following text includes a number of links to videos that comprehensively explain the effects different aspect ratios tend to have on the viewer’s perception of films.

Those of you who have seen the film, Mommy, certainly remember the confined feeling evoked by the narrow picture format and “inhaling” of the main character once the format got wider. Those of you who remember seeing The Grand Budapest Hotel perhaps noticed that the film used different aspect ratios, depending on which historical period the action was set in. Chosen aspect ratio certainly has psychological effects on the viewer; for further details, please check out this short video by Jack Nugent (Now You See It).

Like every aspect of cinema, the aspect ratio has its history. Ever since the Lumière brothers, most filmmakers used the aspect ratio of 4:3; however, the things began to change in the 1950s as the Hollywood re-discovered the anamorfic format. A brief history of the aspect ratio can be found in this video by Filmmaker IQ.

An interesting situation arose during the interim period when filmmakers continued to use the academic 1.37:1 while the widescreen picture was becoming increasingly popular. Using the example of the film, On the Waterfront, a video essay by The Criterion Collection shows that some films were shot in a way that allowed for their projection in different aspect ratios.

But nothing is simple in the creative world of cinema. The existence of several standardised formats did not prevent filmmakers from experimenting. One of the most famous examples was Polyvision, a system created by Abel Gance for the motion picture, Napoleon. This system was later developed by Polyekran, a Czechoslovak system introduced at EXPO Brusel in 1958, or the Canadian system of multiple screens (e.g. In the Labyrinth, a film presented at EXPO Montreal in 1967), which inspired many auteurs (e.g. Richard Fleischer, Norman Jewison, Brian De Palma or Jaime Rosales) to experiment with so-called splitscreen in their films.

So, it is plain to see that recent experimenting with the aspect ratio, of which perhaps the most distinct is Lucifer, the latest film by Belgian director Gust Van den Berghe, has influential forefathers. Yet it seems that the recent rise of digital technologies encourages filmmakers to think “outside the box”, as it is demonstrated by a video essay by Dutch magazine, De Filmkrant.

As we all know, mobile telephony has changed a lot of things already. Among recent development trends is the increasingly popular vertical picture format. Although this way of filming is mocked by most filmmakers, there are also those who advocate it such as Miriam Ross, senior lecturer at Victoria University in New Zealand. Two years ago, a special programme of experimental films was established under the name of Vertical Cinema.

To make matters even more complicated, the picture format can also be changed within the set frame, as it is demonstrated by one of the films in our selection, Horse Money. Regardless of the “set” aspect ratio of 1.37:1, director Pedro Costa changes the picture format as he sees fit by using different forms and styles of lighting. Another alternative is to use the frame-in-frame technique, something director Rúnar Rúnarsson repeatedly did in his latest film, Sparrows. Even though the aspect ratio is set at 1.85:1, it is de facto a vertical picture. 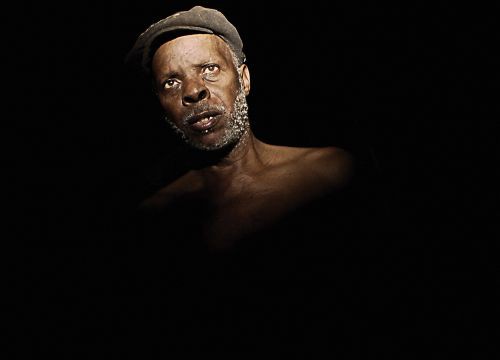 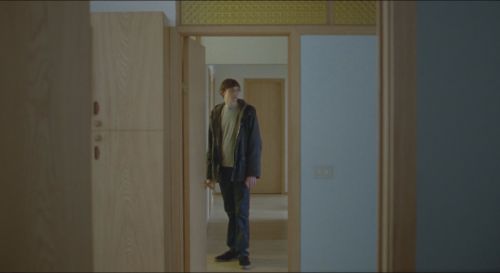