If you have not picked the juiciest cinema treats from today’s menu yet, perhaps you can take advice from our editors.

A distinguished fashion designer and acclaimed director/scriptwriter, Tom Ford captured attention of film buffs and critics alike back in 2009 with his directorial debut, Single Man. This year he comes back with a gripping thriller noir, Nocturnal Animals (2016), which claimed Grand Jury Prize at this year’s Venice IFF. When writing the screenplay, Ford said he drew inspiration from Tony and Susan, a nail-biting psychological novel by American author Austin Wright. Featuring some of the finest talent of the middle-aged generation of actors, Jake Gyllenhaal and Amy Adams, the picture is one of the few that lend Hollywood glow to this year’s festival edition.

The plethora of young talent from the Balkans is today represented by Hana Jušić, a Croatian directress whose second feature-length film, Quit Staring at My Plate (Ne gledaj mi u pijat, 2016), won the Fedeora Award at 2016 Venice IFF. Refreshed by Jušić’s imaginative directing style, the film revolves around a young girl trying to extricate herself from the strictures imposed by her patriarchal family from which there seems to be no escape. Hyper-realism of this picture celebrates the ugliness of white-trash lives with specific black humour and strong performances. 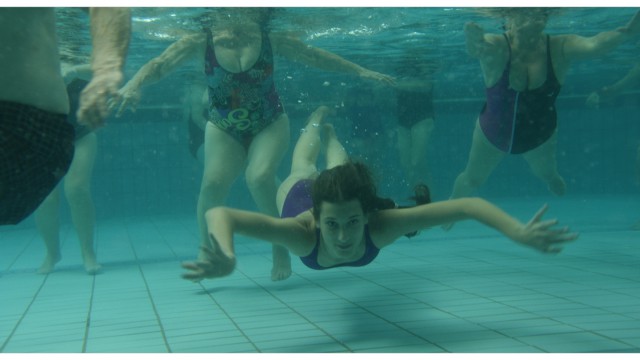 Those among you cinéphiles who are fascinated with early days of cinema will certainly appreciate Magic of Colour (Magie del Colore, 2016), a blocof short filmsthat forms part of the Lexicon section. A collection of restored films supplied by Cineteca di Bologna, one of Europe’s most important film institutes, provides a unique look at the world of cinema colours captured on celluloid between 1908 and 1917.