The documentary film directed by Soňa Maletzová is a portrait of Marián Varga, a legend of the Czechoslovak music scene. As many suchlike films, this one too reflects a particularly difficult time in the life of the artist – a different, original, innovative, progressive and controversial musician. Some found his style, artistic and life alike, crazy, whereas others imitated and loved it.

We’re following Varga in his declining years, when he was diagnosed with an incurable disease and little time to live. The brilliant artist is withering, falling into depression and losing his lust for playing music and ultimately life itself. 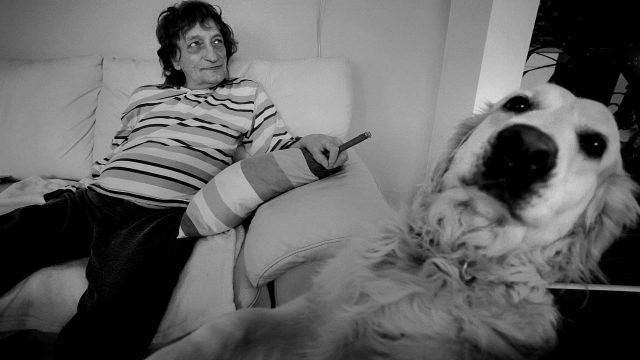 The entire film is based on contrasts. The old versus the new, then and today, health and illness. Even some of the very musician’s attitudes eventually change and become contradictory. He admits that he “once had strong opinions on everything, but now everything is infested with a kind of relativism.” Although introverted but still avid for live and creating music, Varga lived his life to the fullest. Thanks to his fame and recognition, he waltzed through life almost without obstacles. “And that’s not good,” says the musician. Now he feels just like Meursault from Camus’ Stranger. He’s suffused with feelings of scepticism, indifference and over time even depression. The moment when a time-lapse of his life unwinds before his eyes, it’s spirituality that suddenly acquires a different dimension.

One of the film’s strongest assets is its montage. The “exhibition” editing begins with a rapid photographic montage and continues with associative editing methods, binding the director’s film material with archival footage from TV, various shows and concerts. Similarity acts as a base glue for the old and the new. It is a transition tool between the film’s time and spatial lines. Although the film contains many conventional metaphors and metonymies (a ticking clock, indicating the merciless and irreversible passage of time or a cigar, representing the protagonist himself), they do not come across as hackneyed, but fit nicely into the contrasting film poetics. Its dramaturgical miniature is excellent as well, from exposition through peripety and all the way to the climax with an expressive catharsis. Moreover, the viewer does not even need to know the actual protagonist or Marián Varga’s works to understand they’re witnessing a musical genius.

The film will be screened in a special sneak preview, personally attended by its director Soňa Maletzová, editor Marek Šulík and a member of the band Queer Jane, Vladimír Nosáľ, at 8 p.m. in Kino Mladosť.