Barefoot in the Kitchen

Barefoot in the Kitchen summarises the history of female characters within the Spanish cinema. The montage documentary draws from hundreds of films from the 1930s to the present showing, how both the political and social situation has influenced the depiction of women on the silver screen. The interwar period was the time of emancipation, during dictatorship the films emphasised the rather “traditional” position of women, later on came their sexualisation. The history of Spanish film women is the history of Spain and its ideology. 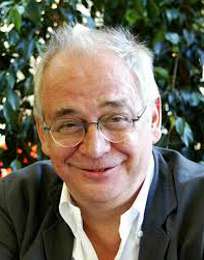 (1946, Tanger, Morocco) is a director and a critic. He has published more than ten books on film and shot several documentaries and TV series. From 1986-1989 and 1995-2000 he was the director general of the San Sebastian IFF.