Skip to content
City, Canvassing, Colour and Croatia at the Centre of 18th Bratislava IFF
News

Bratislava International Film Festival’s (BIFF) main theme programme section, which this year focuses on the city, will present a colourful palette of motion pictures, ranging from popular stories about the life in town to film essays to modern variations of urban symphony, a favourite genre of film avant-gardists. 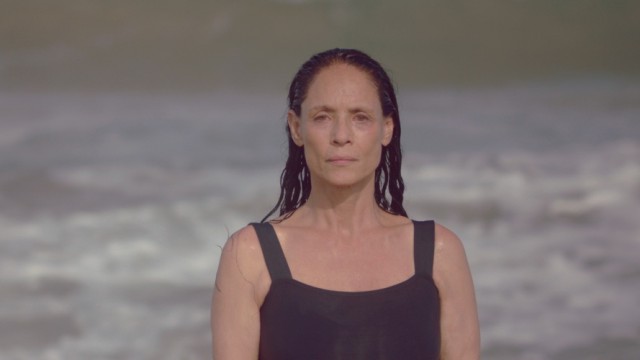 One of the strongest films on this year’s festival programme is Aquarius (2016), a beautiful film about the memory of a place made by Brazilian director Kleber Mendonça Filho. Having the scope and multi-faceted approach of a classic novel, it tells the story of a woman who defies an insensitive developer that is about to destroy the neighbourhood she grew up in. Played by the still captivating Brazilian star, Sonia Braga, the character of Clara lived most of her life in an apartment building an ambitious developer is now planning to turn into a modern multi-functional centre. Her decision to fight back brings about discomfort and even direct danger. At the same time, it resuscitates her passion for life and awakens her thoughts of love she has given up on somehow. Aquarius had its world premiere as part of the main competition at the Cannes IFF.

Art school classmates Krzystof a Michał, lead characters of All These Sleepless Nights (Wszystkie nieprzespane noce, 2016) by Michał Marczak, a prominent figure of the new generation of Polish filmmakers, lead a wild night life. They wander through the streets of Warsaw, striving to seize the night and enjoy their youth by bouncing from one party to another and falling in love head over heels every now and then. They constantly test the city limits and are eager to push them every chance they get; at the same time, they test the limits of their mutual friendship. Buoying somewhere between fiction and documentary where Marczak feels most comfortable as a filmmaker, this film about two young people and one city won Directing Award at this year’s Sundance film festival.

The creative output of Vincent Moon, one of the most original authors of music documentaries today, has always been closely related to the theme of city. He was the prime mover behind Take Away Shows, a project aimed at shooting indie-rock stars in the streets of Paris and capturing their hits in somewhat vulnerable acoustic arrangements, left at the mercy of sounds made by a pulsating city. The festival’s urban section will present five films from his Little Planets (Petites Planètes, 2010-2011) collection, which represents Moon’s more recent, nomadic identity of an ethnographer who travels around the world recording traditional, artificial and experimental music.

Our choice of this year’s main theme has been strongly affected by the identity of BIFF, which is basically an urban festival that constantly seeks its place in the ever-changing landscape of film festivals. This theme is also reflected in the official spot of the 18th edition of BIFF that has been created by Filmaari, a tandem of young Slovak filmmakers. Comprising Jana Suržinová and Miroslav Gerbel, Filmaari specialise in creating and producing commercial spots, music videos and short films. Inspired by this edition’s main theme and basic physical and technical principles of film projection, they animated the festival logo as a mysterious visitor who discovers and occupies city nooks. The music for the festival spot was composed by Pjoni, musician and producer who is considered a star of contemporary Slovak electronic music scene.

Complementing the festival’s central theme will be a series of side events, open discussions and commented screenings that will take the theme and reflect it outside the “safe zone” of festival cinemas.

A special programme section entitled Flashback: U.S. Presidential Elections will reflect on perhaps the most fiercely debated political event of this year. The Bratislava film festival will contribute to this discourse by presenting a small retrospect of U.S. presidential elections as captured by documentary filmmakers, offering a flashback at their modern history just days after its latest chapter has been written. That modern history has been strongly affected by the onset of the means of mass-communication, including film and television, which irreversibly changed the style of political campaigning and placed all candidates under close public scrutiny. From Primary (1960), a canonical work of “direct cinema” that follows vying of John F. Kennedy and Hubert H. Humprey for Democratic presidential nomination, to remarkable Election Day (2007) – this programme section may also serve as an introduction to the rich tradition of American documentary film, or at least its political leg.

The festival’s educational dimension has been reinforced last year when we introduced Lexicon, a programme section whose main ambition is to encourage festival-goers’ critical thought, provide an additional platform for discussion and explain basic cinema terms in a popular way. This year, the section is dedicated to colour. The choice of films has been affected by the desire to show different approaches to coloration as perceived in different periods in the history of cinema. For several decades, the film had been an exclusively black-and-white medium. The arrival of technical innovations allowed filmmakers to work with colour and use it as a new vehicle toward visual meaning, symbolism and aesthetics. “Particularly interesting in this context is additional colouring of black-and-white pictures – not only in early stages of cinema when it substituted a non-existent technology but even more so in the 1980s when it was a purely social and commercial thing,” explained the section’s curator Tomáš Hudák. Perhaps the greatest hit of the section will be The Wizard of Oz (1939) by Victor Fleming, one of the first “big pictures” shot in 4th generation Technicolor. The film uses colour to separate the two worlds visually: the bleak reality is shot monochromatically while the joyful dream world is shot in lush colours. Whether colour fans or not, festival-goers will have a unique chance to see one of the most legendary fairy-tale musicals of all time featuring unforgettable Judy Garland – and on the big screen, too! Another masterpiece selected to the section is Contempt (Le Mépris, 1963) by Jean-Luc Godard.

This year, the Focus section will aim at contemporary Croatian cinema. The section will feature successful films from recent years such as These are the Rules (Takva su pravila, 2014), a psychological drama about helpless parents facing glaring injustice for the first time, or On the Other Side (S one strane, 2016), a drama about a woman who has been trying to forget a past tragedy for twenty years before it knocks on her door unexpectedly. The young generation of Croatian filmmakers is represented by Hana Jušić with her second feature-length film, Quit Staring at my Plate (Ne Gledaj mi u pijat, 2016), while the older generation of festival-goers will certainly appreciate Generation 68 (Generacija ’68, 2016), a documentary by Nenad Puhovski who will also sit on one of the film festival’s jury panels this year.

Cinema Now and Europa sections traditionally present an overview of the most remarkable films released over the past 12 months, audiences’ favourites and winning pictures from world’s most prestigious film festivals. Cinema Now will present a directorial feature debut by American actor Nate Parker, The Birth of Nation (2016), a potential Academy Award candidate that will not reach Slovak audiences through commercial distribution, as well as Werner Herzog’s chronicle of the Internet entitled Lo and Behold: Reveries of the Connected World (2016). The Europa section features The Student (Uchenik, 2016), a Russian film screened at the Cannes IFF, or The Sun, the Sun Blinded me (Słońce, to słońce mnie oślepiło, 2016) a Polish film inspired by Camus’ The Stranger. A separate Europa Special section will present a triplet of finalists competing for this year’s LUX Film Prize: As I Open my Eyes (A peine j’ouvre les yeux, 2015), Toni Erdmann (2016) and My Life as a Courgette (Ma vie de Courgette, 2016).

BIFF is proud to welcome Alex Ross Perry, a rising star of American independent cinema who will arrive in Bratislava to present all of his films in person, as well as Rade Šerbedžija, a world-known Croatian actor who appeared in Stanley Kubrick’s final motion picture and will also arrive in Bratislava in early stages of the festival to receive the Award for Artistic Excellence in World Cinema.