19th Bratislava IFF will host yet another star of North American independent film. Following last year’s guest Alex Ross Perry, this year’s Profile will be dedicated to Canadian Denis Côté who will also personally present principal pieces from his filmography. 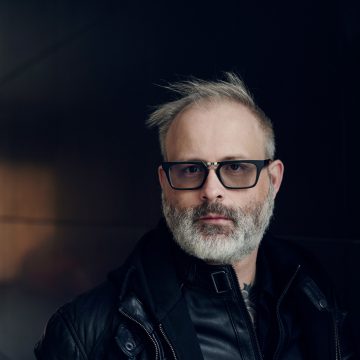 The engagement of a 43-year-old Canadian film-critic-turned-director who wears shots from Eisenstein’s October tattooed on his back reiterates the Bratislava festival’s undying commitment to scouting the uncharted waters of contemporary cinema. An auteur with a distinctive style, Denis Côté belongs to a narrow group of filmmakers who regularly harvest prizes at major international film events, in his particular case the Berlin and Locarno festivals. One of the hallmarks of Côté’s filmmaking is blending fiction and documentary techniques, which is also reflected in our selection consisting of two fiction and two documentary films that often mix absurdity with mystery and lyricism with verism.

A special screening of Côté’s latest film, A Skin So Soft (Ta peau si lisse, 2017), which premiered this year in competition at the Locarno Film Festival, will most likely be a highlight of the programme.

The oldest film in our selection is All That She Wants (Elle veut le chaos, 2008), a psychological study of a vulnerable young woman dwelling in a place where the time has stopped. Living alone with her tormented father who forces her to prostitution, Coraline seeks solitude and speaks seldom. Deprived of means and opportunities, she is exposed to the world of gangsters in the line of work. A slow-paced, black-and-white movie with an open-ending that was presented at Bratislava IFF several years ago, the film was awarded the Leopard for Best Direction award at the Locarno Film Festival.

Two years later, Côté returned to Locarno to repeat the success with Curling (2010), which follows in the footsteps of his previous piece. Once again he explores a small and withdrawn world, revealing a complicated kin relationship in which the father strives to isolate his daughter from the outside world. The director builds the story on rather long static shots and relaxed pace while seamlessly incorporating various bizarre elements into it, with crispy-iced Canadian nature painting the background and curling taking the centre stage.

Côté’s documentary filmmaking is respresented by Bestiarium (Bestiaire, 2012), a piece that intertwines the portraits of animals and people, emphasising their complex and multi-faceted relationship. Focusing on mutual similarities and differences and pointing out various imperfections and asymmetries of the humans, the director shows our distorted perception of animals as mere objects and ruins our notions of their appearance but, most importantly, manages to create an artwork filled with unmistakable poetry that clearly eludes all traditional pigeonholes.

In his most recent documentary film, A Skin So Soft, Côté peeks into the universe of bodybuilders. Once again featuring strong elements of both absurdity and poetry, the film explores the man’s age-old yearning for perfection. Striving to penetrate the surface of bodybuilders’ figures perfectly shaped in back-breaking training routines, the camera reveals that the characters are not just hunks of muscles but primarily sensitive, even vulnerable human beings.