One of the most distinctive European actors and a unique director Jean-Marc Barr will receive the festival’s own Award for Artistic Excellence in World Cinema on the 19th edition of the Bratislava International Film Festival. 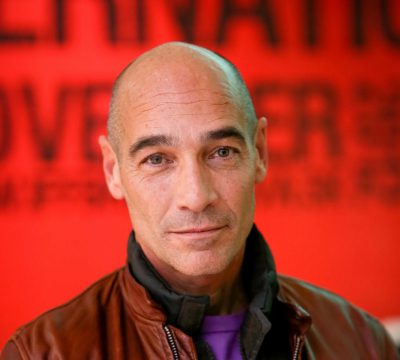 Jean-Marc Barr launched his abundant acting career with smaller roles in British historical films such as King David (1985) or Hope and Glory (1987). His rise to international fame came with the lead role in Luc Besson’s cult picture, The Big Blue (Le grand bleu, 1988), for which he received a César nomination. He stars as Jacques Mayol, a romantic free-diver obsessively devoted to his only love – the sea.

Another milestone in Barr’s filmography was his first cooperation with Lars von Trier on a stylised allegory Europe (Europa, 1991), where his idealistic character Leo fatefully clashes with manipulative power and destruction in “post-war Germany’s year 0”. The role enabled Barr to develop his acting register and made him a true star of European cinema. It also brought them together as friends and Barr accepted roles in most of Trier’s future projects. He played supporting but relevant roles in film such as Breaking the Waves (1996), Dancer in the Dark (2000), Dogville (2004), Manderlay (2005), The Boss of It All (Direktøren for det hele, 2006), and Nymphomaniac (2013).

The visitors of the Bratislava International Film Festival will be the first audience in Slovakia to witness another one of Barr’s notable acting creations. In his most recent film Grain (2017), Barr plays the role of Professor Erol Erin, an expert in seed genetics, who ventures into the forbidden area known as the “Dead soil.” Directed by Semih Kaplanoğlu, holder of the Golden Bear for Honey (Bal, 2010), the picture was inspired by Al-Kahf, a surah from the Quran that later became the basis for Islam’s mystical offshoot. Several film critics have likened this black-and-white meditative picture to Andrei Tarkovsky’s Stalker.

Last summer, Jean-Marc Barr’s acting genius and charisma could also be witnessed in Slovakia where he starred in a predominantly Slovak co-production, The Cellar (Pivnica), under the baton of an award-winning Russian filmmaker Igor Voloshin. In the film, Jean-Marc rendered the main character of a father and former rocker who decides to take justice into his own hands in the aftermath of a family tragedy.

Under Trier’s influence, Barr’s directing career began to flourish as well. Together with Pascal Arnold, screenwriter and co-director of most of his films, he created a trilogy on the theme of freedom influenced by the radical filmmaking style defined by the Dogme 95 movement. The trilogy consists of Lovers (1999), Too Much Flesh (2000) and Being Light (2001). All the three films are characteristic by their para-documentary style of shooting, informality, recording on a digital camera and avoiding artificial lighting as well as special effects while working in exteriors. At the same time, they are all thought-provoking and do not shy away from brutal and sexually explicit scenes. Barr applied these filmmaking methods even to his next films, for instance One to Another (Chacun sa nuit, 2006), American Translation (2011) or Sexual Chronicles of a French Family (Chroniques sexuelles d’une famille d’aujourd’hui, 2012).
Jean-Marc Barr attended the Bratislava film festival in 2012, where he presented the films Sexual Chronicles of a French Family and Practical Guide to Belgrade with Singing and Crying (Praktični vodič kroz Beograd sa pevanjem i plakanjem, 2011). He will receive the Bratislava IFF Award for Artistic Excellence in World Cinema at the festival’s gala opening. The festival-goers will have a chance to learn more about his acting and directing career at a special masterclass held during the festival. Jean-Marc Barr will also attend the festival as a member of its Fiction Competition Jury.