Skip to content
Cinemas are still opened for you!
Blog

Even though the festival was festively and officially concluded last night, there are still some celluloid gems to be discovered in the darkness of cinema theatres. Besides, the only competition that has not yet been decided is Viewers’ Choice Competition, so you can still use your chance to vote for your favourite films.

If you haven’t seen the cult fairy-tale musical, The Wizard of Oz (1939), you can fill out this gaping blank in your film education on the final day of this year’s festival. We have chosen this classic fairy-tale based on a story by L. Frank Baum for two reasons: one, it was one of the first “big” motion pictures to be shot in 4th generation Technicolor, i.e. the technology that brought colour into mainstream cinema; two, it uses colour as one of the principal vehicles of storytelling. The point is that it starts out in a single colour shade and only after a tornado sweeps Dorothy into a country that is “not Kansas anymore”, we can see the picture in a full colour spectrum. For these reasons, the film forms part of programme section Lexicon: Colour. 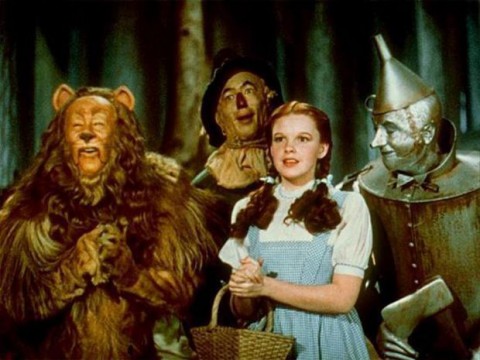 However, if you have seen The Wizard of Oz countless times, like many other film buffs, don’t despair and check out the alternative programme, 21 x New York (2016), a documentary film by Piotr Stasik that paints an intimate portrait of the city and its people. While Stasik’s latest picture betrays echoes of avant-gardist fascination with a pulsating urban organism, he is obviously more interested in what’s going on under the surface – both literally and figuratively. The author sketches fleeting portraits of people in frenetic sequences, only to develop their characters through open and honest testimonies featured on an asynchronous soundtrack. The outcome is an emotional tale of solitude that haunts us in 21st century western world.

An Israeli film about disparate ways in which a married couple deals with the death of their only son, One Week and a Day (Shavua ve Yom, 2016) refers to the traditional Jewish week of mourning, known as Shiva, which follows immediately after the funeral of the deceased and takes place at the home of a close family member. The picture was part of the International Critics’ Week at this year’s Cannes IFF.

A remarkable fiction debut by Tunisian directress Leyla Bouzid, As I Open My Eyes (A peine j’ouvre les yeux, 2015), is definitely worth seeing, if not for anything else then for a great soundtrack that will be appreciated by every lover of contemporary world music. The story revolves around Farah, a young female rebel who refuses to be crammed into roles prescribed by society and instead tours night clubs with her music band. Her life choices inevitably meet with her parents’ lack of understanding as her art clashes with strictures imposed by the rigid political regime. The film paints a stunningly vivid picture of Tunisian society on the brink of a radical change.

A fitting way to conclude the festival and kick off the final festival night is to see All These Sleepless Nights (Wszystkie nieprzespane noce, 2016), a film featuring two art school classmates, Krzystof and Michał, who lead a wild night life. They wander through the streets of Warsaw, striving to seize the night and enjoy their youth by bouncing from one party to another and falling in love head over heels every now and then. They constantly test the city limits and are eager to push them every chance they get; at the same time, they test the limits of their mutual friendship. Into about 100 minutes, the director managed to squeeze several months of wild partying intertwined with several hungover mornings.

Those of you who did not have a chance to attend the closing ceremony that was concluded with the screening of Lion (2016), a film that has been mentioned among the candidates for Academy Award nominations, will get a second chance tonight. In his feature-length big-screen debut, Australian director Garth Davis tells a gripping true tale of a small Indian boy, Saroo, who finds himself of a runaway train that takes him to chaotic Calcutta and eventually to the home of a nice Australian couple in Hobart, Tasmania. Now a grown-up student, Saroo meets a bunch of Indian students who reawaken his buried yearning for home. With a limited sum of childhood memories and the help of then-cutting-edge technology called Google Earth, Saroo embarks on one of the greatest needle-in-a-haystack quests of modern times.