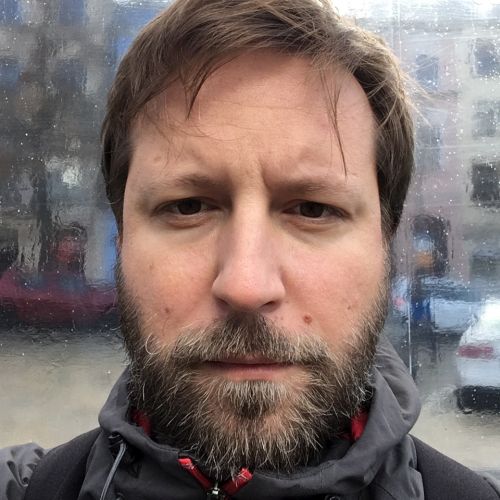 Ondrej Starinský graduated from the Academy of Performing Arts in
2005, majoring in Film Studies . He has worked for several film festivals
in Slovakia as PR manager (MFF Bratislava 2010, Festival International
du Film Francophone 2010) and copy shipping coordinator (Art Film
Fest 2008 – 2013). He provided domestic and international PR for
the film Visible World (Viditeľný svet, 2011) and managed the film’s
circulation at film festivals (2011 – 2012). For nine years he worked with
the Open Society Foundation, first as coordinator of the “Journalism
Award” contest and later as manager of its media programme. Between
May and December 2014, he was a fundraiser at the Petit Academy
foundation, a non-profit organisation of the Petit Press publishing
house. Since 2006 he has been co-organiser of the 4 Elements film
seminar in Banská Štiavnica and in 2015 he became its executive
director. Currently he works as chief script editor of the Documentary
and Educational Department at the Slovak Radio and Television.