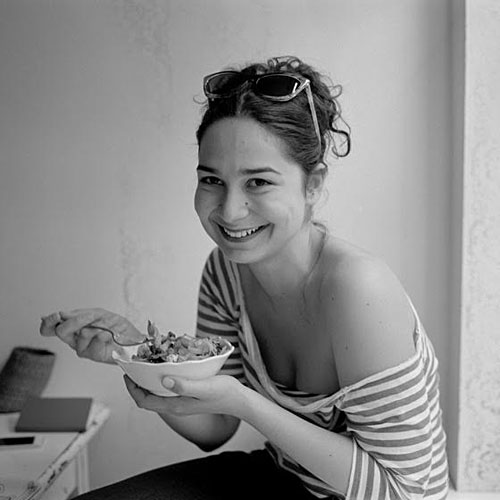 Gabriela Gažová currently pursues her MA degree at the Department Photography and New Media of the Academy of Visual Arts in Bratislava. She earned her bachelor’s degree from the Department of Intermedia and Multimedia where she studied in the Video Atelier led by senior lecturer Anna Daučíková. At the same time, she studies film directing at the Film and Television Faculty of the Academy of Performing Arts in Bratislava and at Sint-Lucas School of Arts in Bussels where she spent the past two semesters. In her works she combines various media and uses multi-genre overlaps the same way she did for three years as the founder and chief editor of an independent art magazine, Tvor.